Euroa locals will come together next month to raise much-needed funds and awareness for children with brain cancer.

TEG owner Daniel Godsmark said they entered a team for the first time in February last year, after the event had typically been based in the United States.

“The team set a new fundraising world record for Connor’s Erg, raising $45,531, while rowing 300km in a single day across three rowing machines,” he said.

“On February 18, TEG will be celebrating its first birthday with a huge party – Connor’s Erg 2023!

“This time the TEG team will be aiming to break their own Connor’s Erg fundraising world record, aiming to raise over $50,000 for RCD Foundation, as the team rows 1000km for the day.”

Brain cancer kills more children in Australia than any other disease, which many local Euroa residents are aware of, and have seen the tragedy of personally.

Event organisers Dustin and Shannon Perry lost their daughter Chloe to brain cancer in 2017, and many locals will also know another little Euroa girl Chelsea who is currently being treated. 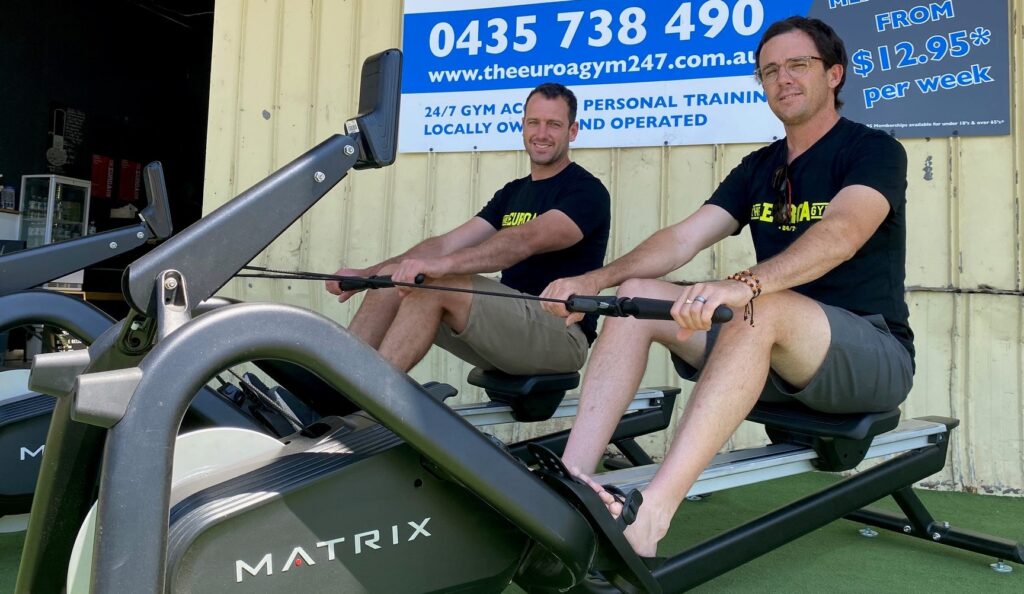 It’s an issue many Euroa residents care deeply about.

Chelsea’s mother Tracey Johnson said they were incredibly lucky as Chelsea was in remission after being diagnosed with malignant brain cancer in January, 2022.

Although it had not been long between Chelsea’s diagnosis and the event last year, Tracey said they were more than happy to support the event.

“We had a very successful row last year and we’re hoping to make it bigger this year.”

Tracey explained just how important the RCD Foundation was for their family.

She said it was incredibly important to also continue to work on methods of early detection as Chelsea had been a healthy six-year-old before being diagnosed.

“We need to continue to support and hopefully with more research we can try and find earlier markers of brain cancers and hopefully get to a point one day when treatment is even less invasive,” Tracey said.

The Connor’s Erg Challenge at The Euroa Gym will be held on February 18. There will be a selection of live music, DJs, activities and a food and coffee van on site.

How to support the team

Donations can be made, and/or you can join the TEG team at: https://www.connorserg.com/fundraisers/theeuroagym

A high level of fitness is not required to participate, as rowers may swap on and off machines for a rest as often as they like.

Everyone is welcome, and TEG needs as many team members as they can get. If you are unable to participate, people are still encouraged to attend; with live music, a DJ, kids activities, a coffee van, and much more on offer, the party atmosphere at TEG will be rocking.

TEG are currently offering a free four-week rowing program to prepare people for the ERG which can be accessed here.

About The Euroa Gym

The Euroa Gym is Euroa’s locally-owned and operated 24/7 gym, offering big city services and expert staff, with that friendly and welcoming Euroa atmosphere. Gym owner Daniel Godsmark has many years’ experience in the fitness industry and is a very community minded person, making events such as Connor’s Erg the perfect fit for TEG.

children than any other disease – by funding research, care and development projects, backing the science to end paediatric brain cancer and supporting patients in the meantime.